OEE is a metric that is used for understanding the ratio of actual productive time to planned production time. Because of the low OEE in most manufacturing plants, there is a huge opportunity for improvement.

Companies can use current OEE as an important reference point for future improvement activities. An OEE score, in this case, serves as a baseline — a starting point from which further improvement can be made.

OEE is also a good measure of how well an organization is doing vis-a-vis other players in the same industry.

At 100% OEE performance, a company is in an ideal state — every product is produced with zero downtime, best quality and with no overtime. This rate of performance shows the high-level goal to be aimed at. It may be almost impossible to achieve but it is the ideal to strive for.

Companies that have matured in their implementation of lean manufacturing and have stayed on the journey can achieve an OEE rate of 85%. This score is considered a world class performance and few companies can dream of achieving it.

A majority of organizations have an OEE score of below 60%. This means that the scope for improvement is very large.

There are a number of ways in which OEE is calculated.

The OEE formula is:

While the above formula is easy to understand and use, it still falls short of giving a full understanding of the thing behind Overall Equipment Effectiveness as a useful production metric.

To get an expanded understanding of OEE Calculation, we look at three metrics:

The fully productive time is what remains after availability, performance and quality losses are removed. 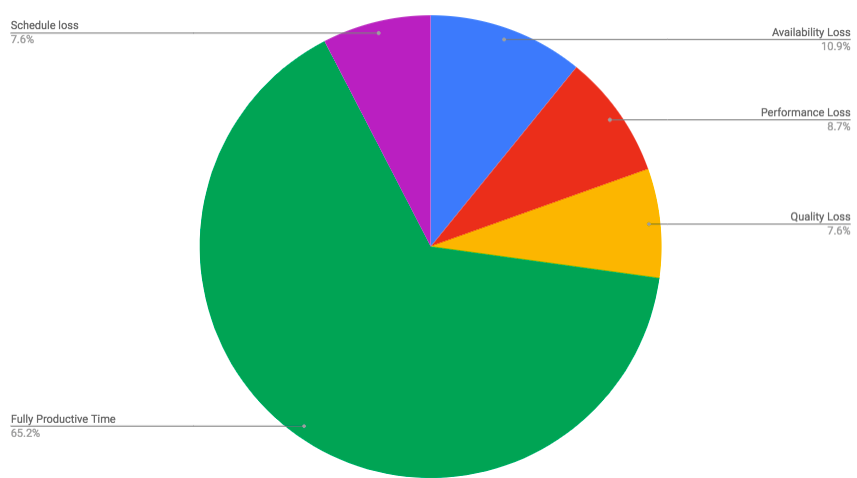 Availability is just one of the components of OEE calculation — all three have must have a high score for the overall OEE score to be high.

The Performance Loss metric within the OEE calculation answers this question — given the installed capacity, what was the output? Performance Loss is calculated by taking into account the known Cycle Time per piece and multiplying it with the total number of pieces actually produced.

You then juxtapose that figure with the pieces that would have actually been produced. In short, use this formula:

However, we must remember that all the three metrics of Availability, Performance, and Quality must be high for the Overall Equipment Effectiveness to be world class.

Quality means producing something according to the customer’s specification. Quality loss is a ratio of the number of good parts actually produced within a production cycle to the possible number of parts.

If all the parts that come off the line are of good quality, then there is no loss. The Quality Score, in this case, will be 100%.

Quality = Number of Good Parts / Total Number of Parts Produced
All parts that did not meet specifications, even those that were later on reworked, should be considered as poor quality.

At the managerial level, OEE calculation is a good way to get a clear picture of how well the plant is performing. However, using OEE for shop floor KPIs on a day to day basis can be overwhelming to the staff.

It is better to give shop floor staff targets based on aspects of the OEE score such as quality. If workers spend their day improving aspects of production within their scope, the OEE will naturally improve.

Using lean manufacturing tools such as Total Productive Maintenance (TPM) can help increase uptime of equipment as well as the rate of production. These tools can also be used to improve the quality of the products coming off the line. 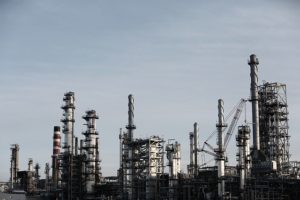