What is Poka Yoke?

Poka Yoke is a method for drawing attention to — or preventing the occurrence of — defects. These include quality or safety defects in processes whose output is physical products and services.

By addressing off-spec conditions early on in a process, costly defects in the final product are significantly reduced. Poka Yoke also refers to features in final products meant to ensure their effective and safe usage.

The main features of Poka Yoke are simple, pre-emptive and automatic. Fool-proofing results in products that do not rely on human attentiveness or competence to function properly. By their very design, these products prevent incorrect usage.

The term Poka Yoke was first used by Toyota as they developed fool-proofing methods for their production lines.

The concept of pre-emptive error-prevention in products has been around for a long time. Toyota deliberately introduced Poka Yoke as means of quality improvement in its process. Shigeo Shingo, a manager at Toyota, credited for developing the system as a way of attaining Single Minute Exchange of Die (SMED).

Jidoka, a lean manufacturing concept for quality control, uses Poka Yoke devices to achieve autonomation. A key feature in Jidoka systems is automatic line stop when a quality problem arises during production. One of the best examples of this is the automatic loom developed by Sakichi Toyoda. The machine stopped each time the yarn broke. This prevented defective material from been produced, saving time and money in the process.

If implemented correctly, Poka Yoke helps in improving quality. This in turn reduces costs related to poor quality. These costs tend to grow exponentially as one moves up the value-chain.

Correcting defects that reach the customer is very costly. Every effort must be made to capture defects as early on in the process as possible. It is this early error detection and prevention that makes Poka Yoke such a powerful tool.

The main aim of Poka Yoke is to ensure that each stage in the chain maintains the expected quality. This prevents defects from ever reaching the customer.

Cost of Poor Quality across the Value Chain

When a defect is left uncorrected, it accumulates quality costs along the way. The most expensive defect is one that reaches the customer.

Costs include repair, warranty claims, scrapping, customer dissatisfaction and obsolescence.  In addition to these, there are input costs such as labour, raw materials and utilities.

This cost implication is true irrespective industry. For example, in this article about defects in software production, the author notes the following:

Product recalls cost companies millions of dollars each year. For example, recalls cost General Motors $4.1 billion in 2015. Most of this money was spent on repairs and compensation of victims of faulty vehicles. The cost poor quality for GM was so substantial that it ate into almost half of their profits despite record sales that year.

Each year, the US FDA recalls medical devices that may be a threat to human life. There have been a number of reported fatalities caused by medical devices. These deaths were mainly caused by defects in the equipment and also unforeseen usage circumstances.

The financial cost of poor quality makes it important to build quality into all processes.

Concept of Quality at Source

One sure way of ensuring that the final product is of high quality is by controlling every aspect of the process. Defective output should not be passed onto subsequent steps in the process.

This concept is known as “quality at source”. Main tenets of this concept is that you should not make, receive and pass defects to the next step.

Each process step becomes a quality control point. This decreases the chances of a defective product making it to the final customer.

Benefits of quality at source include:

Companies using Poka Yoke have employed ingenious ways of preventing defects from being passed on between processes. Examples include:

Contact Poka Yoke : This method of poka yoke enforces product specification through physical means. For example, if a product has a round shape, the gig holding it would be circular and any other shape would stop the process. Other product qualities such the size, color and type of material are useful for this kind of mistake-proofing. Sensors on the workbench can detect whether a piece is placed correctly and will stop the process if not.

Constant value Poka Yoke : As the name suggests, this type of poka yoke is triggered when a set quantity is not attained in the process. Here, a process must achieve a predetermined number of steps for it to be considered to be within specifications. Sensors that check if the count meets specifications and reports accordingly.

Sequential Poka Yoke : The manufacturing of a product involves a sequence of steps that must be followed in the correct order. This type of mistake-proofing  detects whether the preceding step has been done correctly.

LPG gas odorant: Natural gas is odorless and a leak cannot be detected through smell. Mercaptan, an organo-sulphide with a putrid smell — is added to make it detectable. The widespread use of odorized gas started in 1932 after the New London School (Texas) explosion. This simple but very effective solution is a good example of poka yoke that we experience in daily life. By using odorized gas, there is ample time to remedy a gas leak situation. For example, a gas leak in Oklahoma City triggered an evacuation  of residents in good time.

Pen with retractable tip: This pen is made is such a way that you cannot clip it to your pocket with the tip still out. This prevents the tip of the pen from shredding your pockets.

Hotel Room Key Card activated time-switches:  Energy consumption in hotels eats into their profits, not to mention increased carbon footprint. Most hotel guests do not bother to switch off the lights and other electronics when they leave their rooms. Hotels have come-up with an ingenious way of controlling use of electricity by guests — using key card activated time-switches in the rooms. These switches can only be activated when the hotel guest places it in a holder by the door. When the guest leaves, the have to remove the key card — switching off the electricity in the process. This poka yoke solution helps to control the consumption of electricity without expecting the goodwill of the user — it is automatic.

Mirror writing of emergency vehicles: The word “Ambulance” is written as a mirror image on ambulances so that it can read correctly when viewed from the rear-view mirror. This takes away the mental effort of the driver so that he can immediately spot the emergency vehicle and make way if need be. 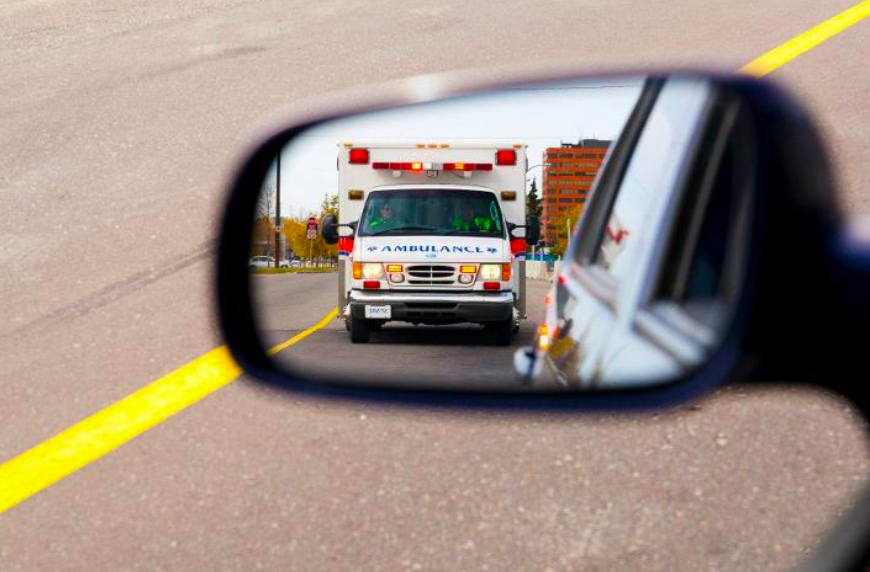 Baby-proof medicine cabinet: Accidental poisoning by consumption  of medications in the home is a leading cause of child deaths. It therefore important to keep all medicines out of reach of children. But this can be difficult as young children often find ways of accessing even the hard to reach areas of the home. There are many effective ways of preventing access to medicines by kids. One of the best ways is to store them safely in a cabinet and to ensure that it is not easily opened. There are simple devices in the market that make cabinets child-proof as shown in the picture below. 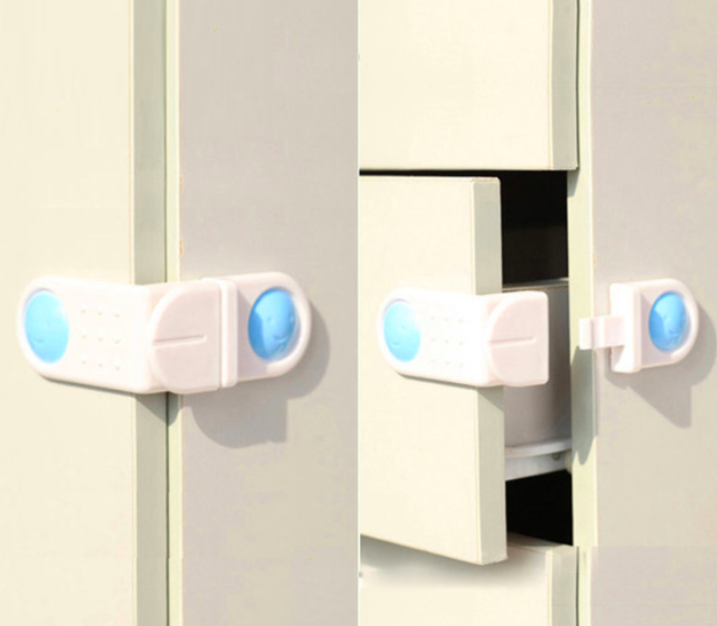 Seat belt pre-tensioner – This device is an addition to the normal seat belt that when activated by a head-on collision, pulls the wearer firmly into his seat. This helps in the proper operation of the airbag. Normal seat belts have some slack which may not allow for the correct impact with an airbag.

Electric Vehicle (EV) Charging cables:  Electric vehicles are slowly becoming ubiquitous with production increasing yearly. With this increase in use, electric vehicle manufacturers are adding convenient features that help in safe use of their products. It is important that charging is done efficiently and without damaging the battery. This is the reason why the charging cables are designed in such a way that they fit easily into their ports.

Lid opening safeguards in domestic equipment: Domestic devices such as washing machines and microwave ovens have safeguards against opening them while in operation. This prevents injuries such as scalding, burning and cuts by moving parts.

Magnetic Strips on Refrigerator doors: In the early days of domestic refrigerators, many children died from entrapment in freezers. As a countermeasure, the Refrigerator Safety Act was passed in 1956. The law required that all refrigerators must have a device that enables them to be opened from the inside. That is reason why almost all fridges have a magnetic strip that allows them to be closed and opened easily.

Heating Kettle automatic shut-off: Almost all electric heating kettles in production today have an automatic shut-off switching mechanism that turns the kettle of when the water has boiled. Other features include a sensor that triggers shut-off if the kettle is operated without water. The kettle also shuts off when it detects very high temperatures.

Examples of Poka Yoke in Industry

Arc fault circuit interrupter (AFCI): These devices are design to prevent electrical fires caused by arcing in circuits. It does this by breaking the circuit when a potentially fire-causing electric arc occurs. Unlike normal circuit breakers which react to power overloads and short-circuits, the AFCI monitors the system for abnormal arcing and reacts accordingly.

Urethane Coated Conveyors: The use of polyurethane coated conveyor rollers in mining equipment solves the problem of noise pollution. Due to the confined spaces in mines, noise pollution is very high. This adds to the already difficult working conditions of the workers and can have adverse health effects on the miners. Traditional conveyor parts produce high levels of noise that is difficult to mitigate without adding expensive acoustic barriers. One solution to this problem is the use of urethane coated rolling parts.

It is not entirely possible to eliminate all the errors that manifest themselves in final products delivered to the customer. With poka yoke methods however, these defects can be significantly reduced.

Poka yoke is a simple, common sense tool that — when applied correctly — helps in building quality into processes and their outputs.

With poka yoke, one need not invest in expensive solutions to quality problems. You just need to harness the creative energy of your team to come up with cost-effective and workable solutions.

Lockout/Tagout : This is an OSHA Federal Regulation that deals with the procedures to be followed while servicing equipment/machines. 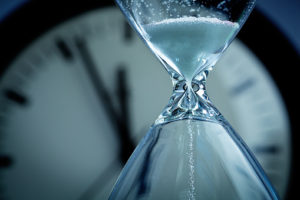 Cycle Time Versus Throughput in a Manufacturing Process 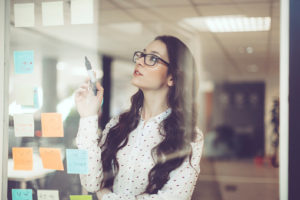